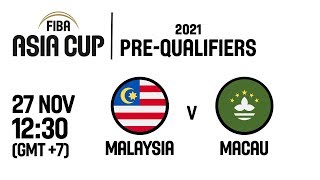 Follow kayaker Nouria Newman's vlog as she embarks on a treacherous solo expedition in the Himalayas. Take A Quick Break. Freeride mountain biker Carson Storch answers trivia questions while in a cryo chamber. Best of the action Red Bull PlayStreets Jesswar 64 Bars S2E Jesswar, who grew up in Australia, lays down 64 bars on what home means to her. These are the five moments that tell the tale of another cold, tough and testing Rally Sweden for WRC's elite. Downhill Skateboarding Bombing Cannibal Canyon: GoPro Clip.


The view from the helmet of longboarders on a high-speed chase through the winding roads of Donner Pass. The Goal An animated history of Mick Fanning. Surf star Mick Fanning takes us from grom days to retirement as we look back and celebrate his stellar career. After an intense winter of design and development, see the RB15 hit the track for the first time. Behind the scenes with Bulls on Ice Bulls on Ice. New team-mates Max Verstappen and Pierre Gasly show off their driving skills in go-karts on an ice track.

New team-mates Max Verstappen and Pierre Gasly race go-karts on a 3km artificial ice track in the Netherlands. Carving a Legacy Lindsey Vonn changed ski racing, forever. Lindsey Vonn reflects on a career that will see her go down in history as one of the greatest ever skiers. Tricklandia Optical illusions of dance. Enjoy this mind-bending dance journey with stunning effects filmed at a surreal art gallery in Slovakia.

Aaron Chase tackles a raw urban downhill mountain bike ride through the South American city of Cusco, Peru. Mike Tries WRC. Mike enjoys a tour of the M-Sport factory and learns about the mathematical complexities of a co-driving. Mike is joined by Elfyn Evans to test his new-found co-driving skills out on the road. Mike puts his new-found co-driving skills to the test in a real rally set-up. Will his hard work pay off? Then, it's time to meet his co-driver.

Will it be enough?

Beyond The Slopes View All. Race the Face A giant slalom race in the Swiss Alps. Behind the scenes Road Gaps — extra. See how Bene Mayr and Markus Eder turned their ambitious road gap dream into reality. Drop Everything Tons of fun on the slopes. Matchstick Productions present a light-hearted approach to slope-side action, featuring world-class skiers. Golden recap Freeride World Tour Watch a recap of the action as competitors made their way down the steep and uncompromising lines.